Prof. Gideon Aran: The Israeli Settlements in the Territories – Part 3

Let me share with you telegraphically and selectively, some tentative insights that emerged when reading my two-decades old notes, findings or contentions that should be considered in the context of the possibility of future evacuation.

1. During my real time research, the central settling cadres’ age was about twenty to thirty. Right now these imposing and experienced personalities are in their sixties. Some difference: youth versus middle age, trail blazers and revolutionaries versus establishment, adventurous daredevils versus bourgeois with vested interests.

To be sure, the vast majority of the contemporary settlers are young people born in the territories (note their astonishingly high fertility rate), sort of natives, who take present geo-political reality as a given. In fact, it’s hard for them to conceive of a reality essentially different from the present. How does this biographic or demographic fact influence their reaction to the threat of evacuation? Should they present stronger opposition or a weaker one compared to their parents and grandparents, whose settlement was not taken for granted but rather a conscious ideological act of free choice with vision and sacrifice.

One additional comment regarding the comparison between the two generations, to make things even more complicated. The original settlers were a very selective, homogenous and voluntary elite group that created a virtuous society, a saintly community. This is no longer the case. How will it affect opposition, especially when it comes to the question of potential violence?

Take the Hill-Top Youth for instance, or some other enclaves of ruffians and somewhat eccentric religious activists, like the ones settling in the Palestinian city of Hebron, that function as a refuge for many who have problems in adjusting to their social environment. Past confrontations have already highlighted the gray areas in which ideological delinquency partially overlaps with criminal one or sheer hooliganism (compare to the Intefada “Palestinian hill-top youth”).

2.  During the hey-day of the Jewish settlement project in the disputed territories, it was suffused with religious messianic spirit. 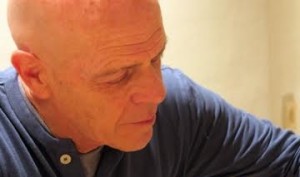 While emerging and then taking roots and expanding, the key word among Gush Emunim’s hard core was redemption. The ardent settlers’ holy trinity: Full redemption for the entire People of Israel, in the whole Land of Israel, according to the true Torah of Israel. The name of the settlement’ game was redeeming the universe, preceded and preconditioned by the redemption of the local Jews. (Eventually, the Palestinians are promised redemption too, ipso facto, therefore settling amidst their population centers is for their own sake…).

Religious thought and practice were messianic; politics, ritual and, of course, rhetoric, were charged with imminent redemption. Enthusiastic and high voltage messianic urgency was in the air. The realization of the dream was just around the corner. May I remind you the close association between deterministic messianic urgency and militant hyper activism.
In fact, the great success of the settlement project was fundamentally instrumental for changing the face of Jewish religiosity in general, making it essentially messianic. As for a couple of generations in the first and second centuries AD, and for two years in the mid 17th century, in the final three decades of the last century, Israeli religiosity has been dominated by acute messianism.

Interestingly enough, this is paralleled by Lubavich (Chabad) explicit messianism. Is it just a coincidence? In any case, the two most authentic, resourceful and effective movements in contemporary Judaism are basically messianic. Moreover, both simultaneously experience a severe decline in their messianic fervor and a crisis in their messianic theology. Another coincidence? One way or another, with minor exceptions, right now, the hard core of Gush Emunim settlers is no longer possessed by its previous messianic fever. The settlers exposed to the evacuation threat seem to be once again true believers of the old type, rabbinic Jews, regular orthodox or ultra-orthodox. Should we speak here of the resumption of “normal” religiosity or rather about religious crisis?