Prof. Gideon Aran: The Israeli Settlements in the Territories Part 4

The settlements’ beginnings and achievements involved religious originality, thriving religiosity, the exhilarating experience of religious innovation and success.  This great Revival infused the settlers with self-assurance. 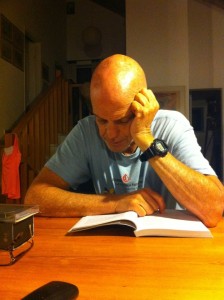 They were certainly afflicted with hubris, not infrequent in the history of extreme religious movements. Recently, however, Gush Emunim has lost a lot of its political and religious confidence.  Does it make the movement a more or a less agreeable partner in a dialogue?  Arrogant settlers or desperate settlers – the violent potential of whom is higher?  Arrogant or desperate settlers – with who would you prefer to negotiate a settlement?

The Jewish settlers’ rhetoric emphasizes the sanctity of the (entire) Land of Israel and builds its opposition to any future withdrawal to the Green Line (pre-1967) borders on it.  Consequently, the controversy about the evacuation of the settlements in the political as well as the academic discourse concerns also the issue of the religious value of the territories.  It is natural then that the discussions in the present conference should touch on this very issue.

I would like to shed some new light on the topic and to put on the agenda another perspective – an old-new political option. According to Gush Emunim, the paramount sanctity of the Land necessarily entails the religious (and national) duty to conquer and settle the Territories.  I contend that this implies a deviation from the Jewish tradition, a novelty that essentially amounts to the profanization of the attitude toward the Land, actually, its “zionisation”.

After all, Zionism in a nutshell is the politization and territorialization of Judaism.  In Jewish tradition, religious by nature, cultivation of a deep attachment to a place, even more so its sanctification, by no means calls for the actualization of sovereignty and settlement of this place.  In Jewish legacy, one may keep a place dear to one’s heart, and yet remain bodily far from it. This duality and inner tension that characterizes the attitude toward The Place, is classically Jewish.

Taken from “Anthropological-Historical Notes on the Israeli Settlements in the Territories: Towards Possible Evacuation”, By Gideon Aran.