While Haredi authorities recognize this, they cannot permit themselves not to wage an all-out war against mobilization. Candidates for conscription are intimidated and condemned, while those who do sign up are cursed and excommunicated. 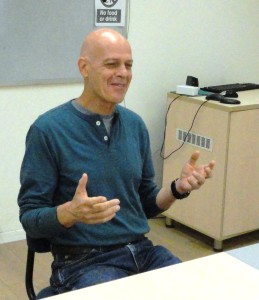 In sermons in the yeshivas, army service is compared to apostasy or suicide, and many families repudiate their enlisted children and cut off all contact with them. It seems safe to assume that such severe sanctions against joining the army would not have been needed unless draft was highly attractive. It is particularly tempting for those youngsters who were frustrated by the Haredi way of life and especially so for the Shabab.

There is nothing like the military to compensate them for being deprived of a chance to discharge physical energies, express masculinity and seek action. The army is a place where one cannot only legitimately realizes one’s violent tendencies but where possessing such tendencies might be a criterion for excellence (see Hakak, forthoming).

Taken from “Body, Violence and Fundamentalism: The Case of Jewish Ultra-Orthodoxy” By Gideon Aran.